How does acupuncture work?

Acupuncture works with the natural vital energy inherent within all living things to promote the body’s ability to heal itself. Acupuncture is based on an energetic model rather than the biochemical model of western medicine. The ancient Chinese recognized a vital energy behind all life forms and life processes. They called this energy Qi (pronounced chee). This energy flows through the body in channels known as meridians that both nourishes our tissues and connects our major organs. According to Chinese medical theory, illness arises when the cyclical flow of Qi in a meridian becomes unbalanced or is blocked, much like a dam blocking a river, creating imbalance and pain. Stimulating acupuncture points influences the meridians, unblocks obstructions, and helps reestablish the regular flow of Qi through the meridians.

Acupuncture points are specific locations along the meridians. Each point has a predictable effect upon the vital energy (Qi) passing through it, altering various biochemical and physiological conditions in order to achieve the desired effect. Modern science has been able to measure the electrical charge at these points, thus confirming the meridians mapped by the ancients.

A more scientific explanation of Acupuncture is that the stimulation of certain Acupuncture points on the body prompts the body to release certain hormones and chemicals that can reduce pain, regulate the endocrine system, and calm the nervous system. Acupuncture profoundly influences the central and peripheral nervous systems directly, releases endorphins from the brain, affects blood sugar, cholesterol levels and benefits the gastrointestinal system.

Some of the physiological effects observed throughout the body include increased circulation, decreased inflammation, relief from pain, relief of muscle spasm, and a strengthened immune system with increased T-cell counts.

An example is the hypothalamus-pituitary gland responsible for releasing neurotransmitters and endorphins, the body’s natural pain-killing hormones. It is estimated that endorphins are 200 times more potent than morphine. Endorphins also play a big role in the functioning of the hormonal system. This is why acupuncture works well for back pain and arthritis and also for p.m.s. and infertility.

Substances released as a result of acupuncture not only relax the whole body, they regulate serotonin in the brain which plays a role in a human’s psychological disposition. This is why depression is often treated with Acupuncture.

In the hands of a comprehensively trained acupuncturist, your safety is assured. Acupuncture needles are extremely thin (about the width of a human hair), sterile, do not have a hollow center and are single use, properly disposed of after each use.

Once the practitioner has made the syndrome diagnosis and chosen the acupuncture points to be used, treatment begins. The patient lies down on a comfortable table, each of the point locations is cleaned with an alcohol swab, and then a sterilized acupuncture needle is inserted and left for about 20 to 30 minutes. The initial visit usually takes an hour and a half to two hours. All needles are used only once, and then disposed as biomedical waste.

Depending on patient preferences and indicated treatment protocols, massage, acupressure, acupuncture, heat therapy, essential oils, cupping, or various other techniques may be applied to achieve longer-lasting results in a shorter amount of time. Individually-tailored granular herbal formulas may be suggested, and dietary/exercise recommendations suggested for daily maintenance between visits.

Subsequent visits last 45 minutes to an hour, and the frequency of treatments will vary with each individual and their needs. Acute syndromes might need two to three treatments per week while the general protocol for treatment of chronic syndromes is four to six weekly treatments. Once a patient realizes satisfactory results from treatment, they are encouraged to maintain a seasonal maintenance schedule in order to stay in balance.

Undergoing an acupuncture treatment bears no resemblance to the feeling of receiving an injection. Qi sensation is often described as a dull achy feeling with perhaps warmth or mild throbbing at a particular location. Patients often are very surprised at how relaxing an acupuncture treatment can be, and occasionally even fall asleep during treatment. Many feel little or no insertion at all. My policy is to work with each patient to determine the level of sensitivity and to find alternative techniques when necessary. 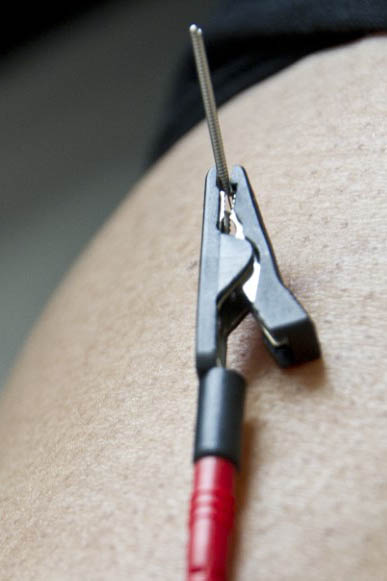 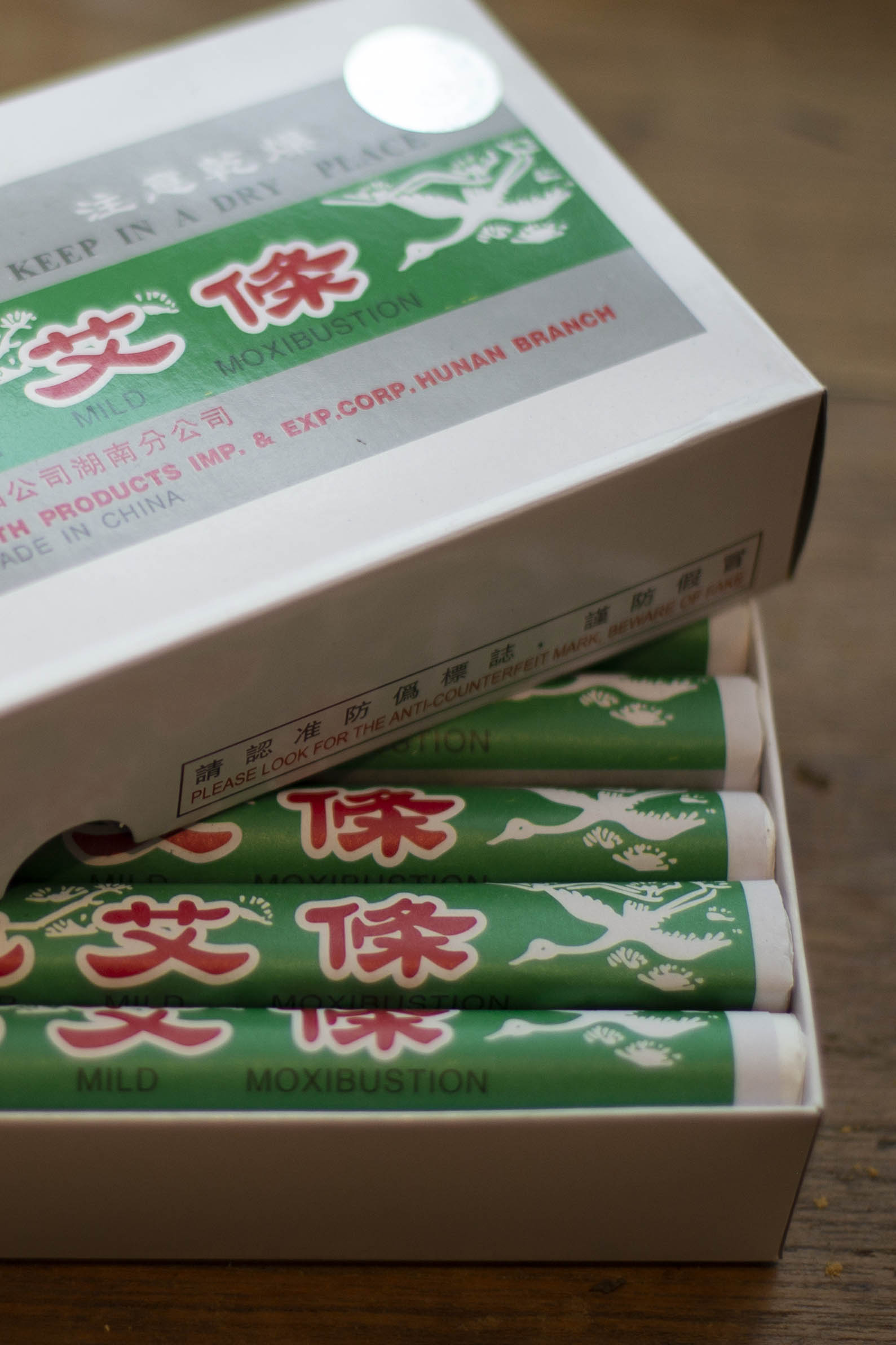 Moxibustion is a technique in which a Chinese herb called mugwort (also sage or artemesia vulgaris) is used to apply heat to an Acupuncture point. It is used to treat certain debilitating conditions as well as arthritis and pain. Moxa is usually rolled into a stick the size of a cigarette, lit, and held over specific areas of the body. Moxa can also be placed onto the handle of an Acupuncture needle, allowing deeper penetration of heat through the needle. 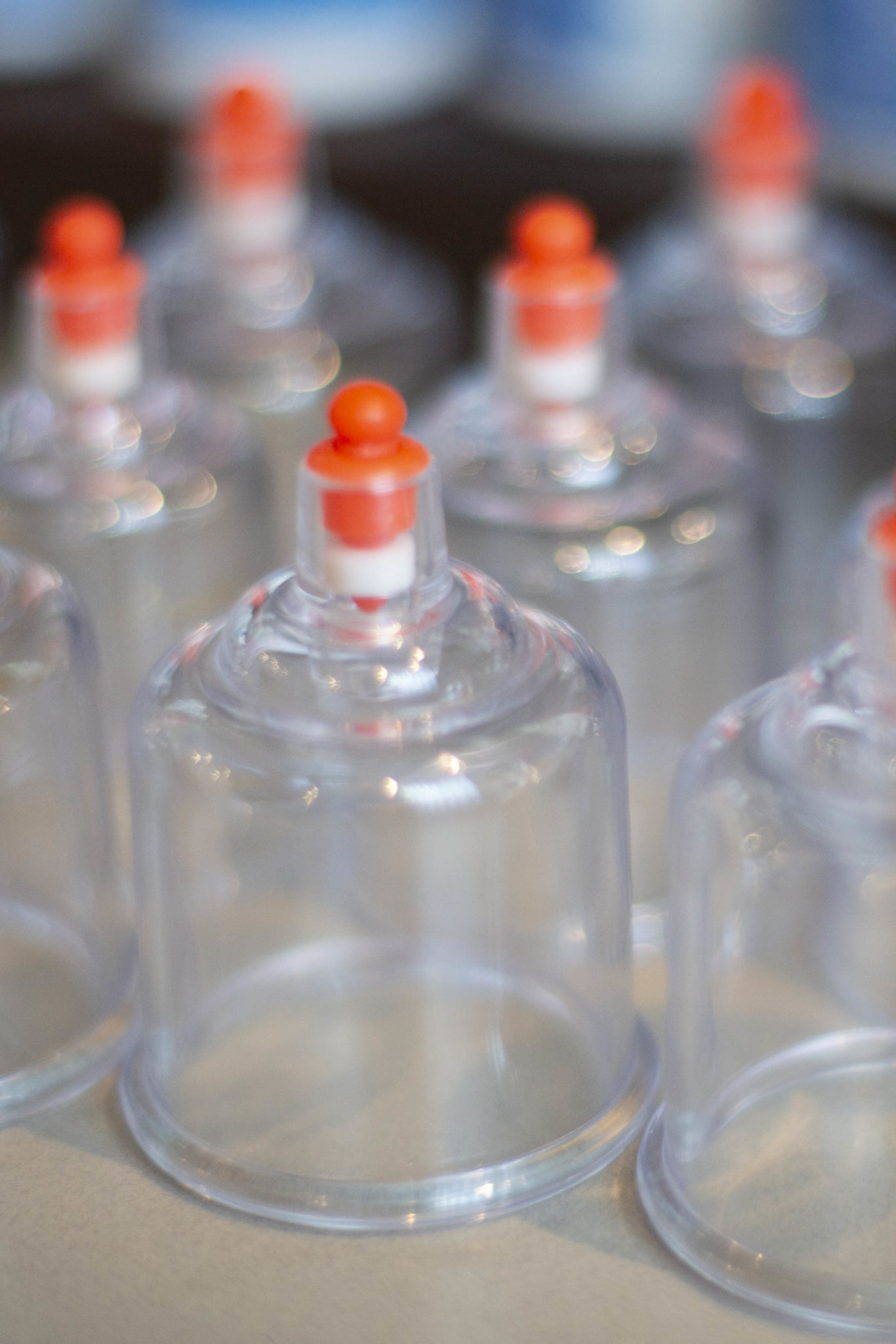 Cupping is a technique where a glass cup is suctioned onto the body and allowed to sit for about ten minutes. This technique stimulates circulation, relieves swelling, and greatly enhances an Acupuncture. Cupping is used for many conditions including; back pain, shoulder pain, neck pain, common colds and influenza.

Points in the ear correspond to areas of the body as well as to certain disharmonies. It can be very useful for many conditions, in place of ‘body acupuncture’ or in conjunction with it. A point may be needled or a small seed placed over the point and held with tape for several days.